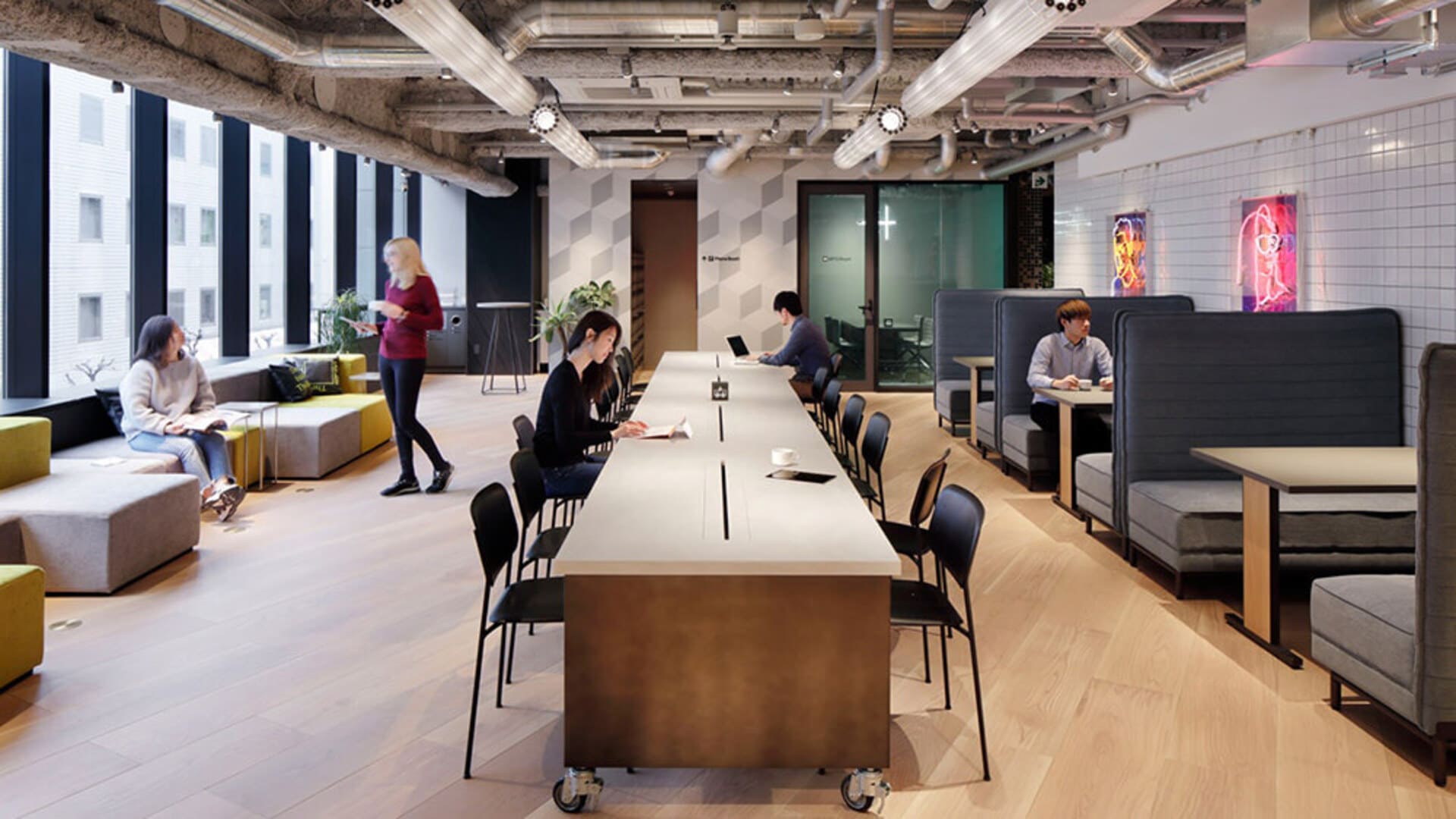 Co-working Explained & How To Make It Work for You

Co-working has been popular for a few years and is growing in popularity among freelancers all around the world. But what exactly is it, and how can you use it to your advantage? In a nutshell, co-working allows anybody who works independently to collaborate with others in a shared office space without having to sign a rental contract or pay utility fees. Coworkers that want to cooperate may include freelance authors, web designers, entrepreneurs, and tiny start-ups. Co-working spaces have sprouted up all over the world, ranging from small individual setups with a few workstations to huge chains such as  The Hub and Nextspace that can accommodate a large number of people and can host large events and workshops.

Each co-working space offers a variety of options that allow for maximum flexibility, so you may hire a place for a few hours, a few weeks, or longer depending on your work circumstances.

The progressive work culture that has arisen from these locations distinguishes co-working from merely renting a desk or sitting in a coffee shop to work. Because many co-working spaces cater to a certain industry, such as the IT or creative industries, a sense of community is built among individuals who use the space. Everyone may be working on their own individual projects, but they are all often part of the same industry.

Co-working spaces provide various advantages for freelancers, the most important of which is that they immediately give a supportive network of fellow freelancers and like-minded individuals. There’s always room for networking and project cooperation among employees, and it’s the type that happens organically — no forced networking or awkward attempts required.

Co-working can also provide freelancers with the opportunity to expand their knowledge and skill set. This idea-sharing, along with the ability to bounce ideas off individuals prepared to provide a fresh viewpoint, can lead to a much-needed confidence boost.

In addition to the prospect of cooperation, co-working spaces are an excellent method to reduce the loneliness that often accompany freelancing. While working from home has its advantages, the social isolation it involves may be harmful to productivity. Co-working provides all of the social components of an office without the burden of having to deal with people like you would in a typical office. Many co-working spaces also provide social events and courses, making it even simpler to meet your fellow freelancers.

Add to it the cost advantage of co-working over renting your own office. There is no need to worry about utility costs or purchasing equipment such as photocopiers and printers because they are typically included in the all-in-one pricing. If a freelancer has to meet with a customer, several co-working locations provide conference rooms that may be reserved. Furthermore, employees can pick a co-working location close to their home, reducing the expense, time, and stress associated with commuting.

Easy to Join & Set Up Anywhere

Finally, for freelancers who travel frequently or want to try working overseas, co-working spaces are a wonderful method to quickly establish oneself in a new area, create a network, and make friends. Co-working is a new and creative means of assisting those who want less location-dependent employment and more freedom.

Some of the Best Co-working spaces:

Berlin has always been a creative hotspot, but it is also a magnet for the European start-up ecosystem. As a result, a slew of co-working spaces have sprouted up around the city, including this welcoming and relaxing location in the heart of Prenzlauer Berg in old east Berlin, which has been open since 2011.

TechHub, which has two sites in London and hopes to build a third this year, is a co-working space built for individuals working especially in the digital industry to set up shop. Industry events, workshops, and social gatherings are held on a regular basis, making it an ideal location for fostering new collaborations.

Grind – New York City
Grind is an invitation-only co-working facility in Manhattan’s Financial District. Members are defined as “free radicals” by the space’s creator, people who want to operate outside the system and are continuously interacting. With features like automated check-in when a member just opens their laptop, this location is at the cutting edge of co-working technology.

Citizen Space, located in the thriving SOMA sector, is a co-working space that thrives on the concept of openness and creativity. Citizen Space, which is home to several companies, web developers, and authors, among others, also hosts a lot of professional development events such as startup meet-ups and launch parties.

“The Thinking Hut is an exciting new creative co-working facility in Amsterdam.” These 270sqm, which were once occupied by horses, have been renovated to re-open doors to a collaborative work environment in which different people (entrepreneurs, freelancers, zzp-ers, designers, writers, web developers, marketing minds, account and project managers,…) can feel comfortable working on their own projects while also sharing, engaging, and, in essence, creating with others.”

Do you work in a co-working environment? Do you have any more to add?

Importance and benefits of Salon Website in Salon Business

The Ultimate Guide on How to Find New Clients in 2022

8 Mind blowing tricks for your whatsApp texting to be special & unique!