Although the exact formula for a perfect logo doesn’t exist, the knowledge of the features that distinguish legendary designs from the average ones, will allow you to get closer to greatness.

In this article you will get to know the rules that underlie the designs of some of the most valuable brands in the world.

Tip 1: The ability to recognize is the key rule! 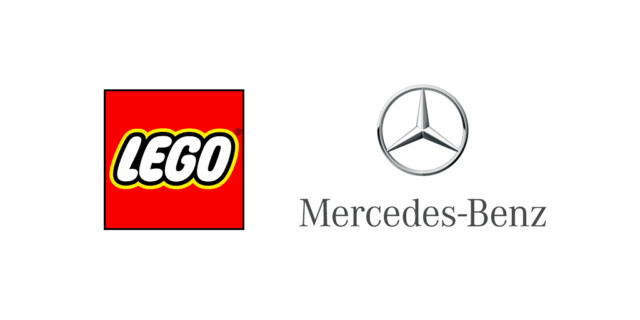 Note: The most famous logos have a story to tell and that makes them unique.

Tip 2: Simplicity is another key rule to success! 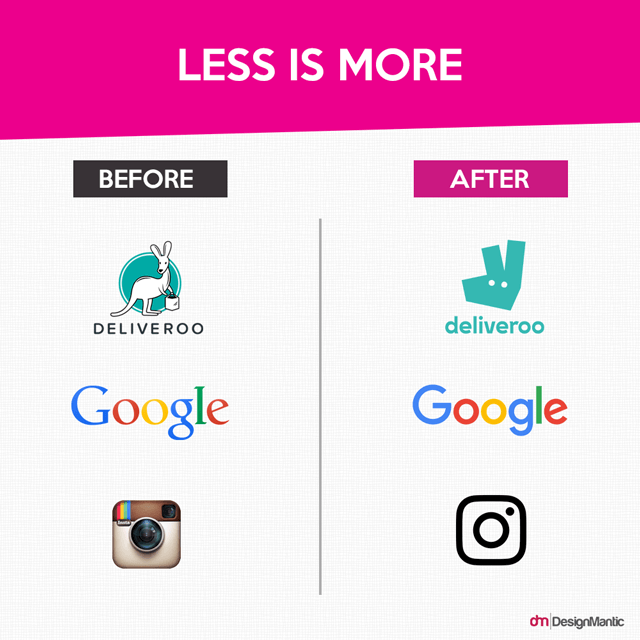 What is the most common rule for the world’s most recognizable logos? For example, The McDonald’s “M”, Nike’s swoosh, or the Apple’s apple with a bite (or byte) taken out of it? They are all extremely simple.

A quote from Paul Rand states, “The only mandate in logo design is that they be distinctive, memorable and clear.”

A great logo is not exaggerated but is original. If the logotype is extremely complex, then your brand will seem unsophisticated. Rather it will appear as if the designer was unable to understand the meaning of simplicity. 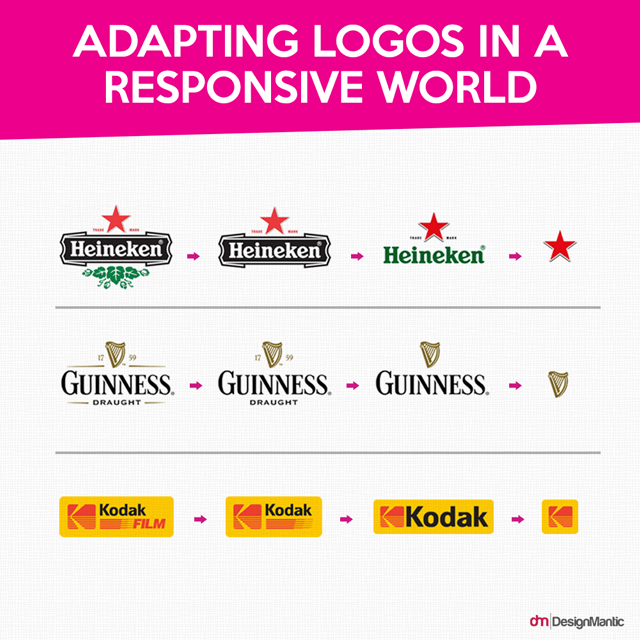 A logo must represent itself well in all possible formats; i.e., small and large; in black and white (positive/negative); vertically and horizontally. It must have equal effectiveness that’s displayed on a variety of media such as smartphones, tablets, computer screens and printed advertising.

Important note: A logo is recognizable after decreasing its size and reversing the colors. Check out how it looks on a stamp and on a truck. Don’t be afraid to make different versions of your logo (aka responsive logos).

Tip 4: A great logo must be timeless!

The most beautifully effective logos are not based on the existing trends in the market. Rather they are timeless pieces of artwork. Experienced logo designers are thankful to their authors, by predicting validity and point-out whether the logo will stand out in 10, 20, or 50 upcoming years.

Take the BMW’s logo as an example of such a graphic sign. The original logo was designed in 1916 and has changed very little ever since. The style keeps being altered according to the era but the concept remains the same. See more logo evolutions here.

Rule 1: Start with black and white 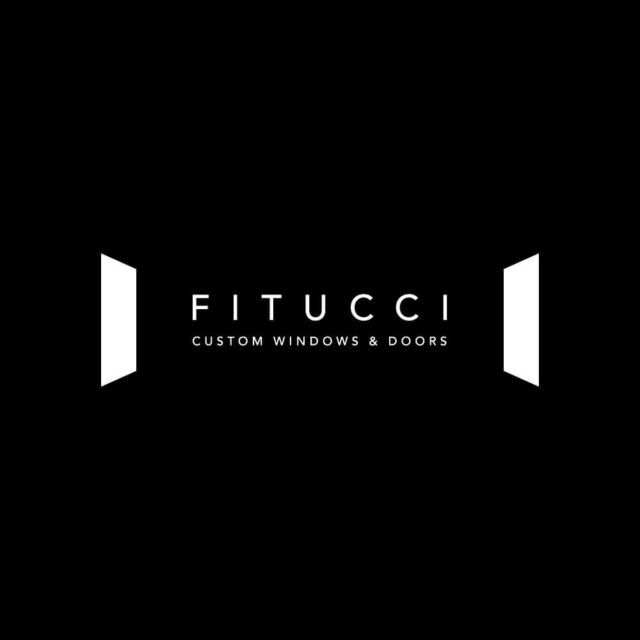 The beginning stages of the design should also emphasize secondary importance i.e., color. Additionally, they can capture people’s attention away from the logo itself. Most recognizable logos start with black and white drawings and sketches.

Rule 2: Use three colors at most

Examples of valuable logos that would break this rule are rare. Do not try to make an exception here – reality shows that it does not pay off. Paradoxically, a timeless logo that would be memorable is very simple and minimal colors. Use the right colors depending on the mood you want to create. Learn color psychology.

Rule 3: Use one or two fonts

Logos must be clear and transparent. To achieve this, limit your design to one or two types of fonts. Depending on the nature of your business, use fonts with sharp or soft lines. See here for great font combinations.

Logos should be remembered easily. Accept the principle that a graphic design: A great logo should easily be describable even on the phone. Something that will stay in someone’s memory should not be very complicated. Practicality should always be chosen over originality.

Below you can see a case study of 1500 people attempting to draw logos from memory. It’s difficult! 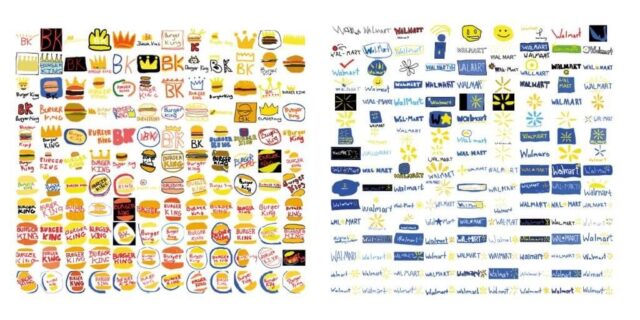 Rule 6: Ready-made graphics should be avoided

Under no circumstances, create a logo with ready-made items (stock graphics, clip-arts, pre-made designs). Creating your logo from ready-made templates and pictures makes your logo non-unique and replicable. Not to mention that a part of your logo may be legally used in your competitors’ graphics. Therefore, start from scratch! 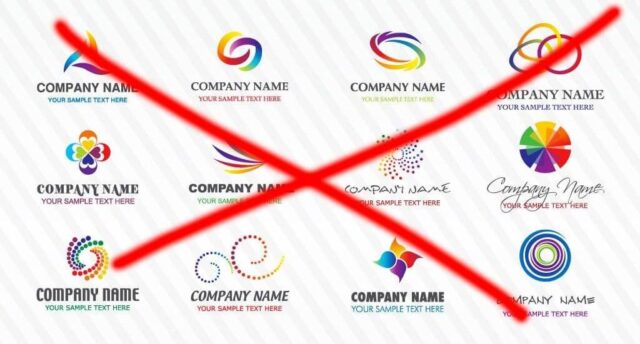 Four major characteristics of projects that lack professionalism, a.k.a. mistakes to avoid

The following tips to avoid mistakes will help to evaluate the effectiveness of your designer’s work.

The files with logo designs that you receive from your designer should not contain any technical imperfections. The curves should not overlap and should be as smooth as possible and the nodal points should be minimized. If the logo is symmetrical, then the symmetry should be perfect such as below. Remember that the presentation of a logotype on a different scale, such as zooming and placing it on a truck, will expose all of its possible errors and defects. Below is a logo that has been designed by Jeroen van Eerden with a grid system to avoid these defects.

2. Monogram as a starting point

Often an inexperienced designer cannot resist the temptation to create a logo based on the company’s initials (for e.g., the name “Great Organization” would create the logo form ‘G’ and ‘O’).This may likely seem like a good idea, it’s hard to build a company’s credibility or convey branding information with that kind of logo. In the fashion industry, it’s quite common. However, they have huge marketing budgets. Thus, monograms do not work for all industries. 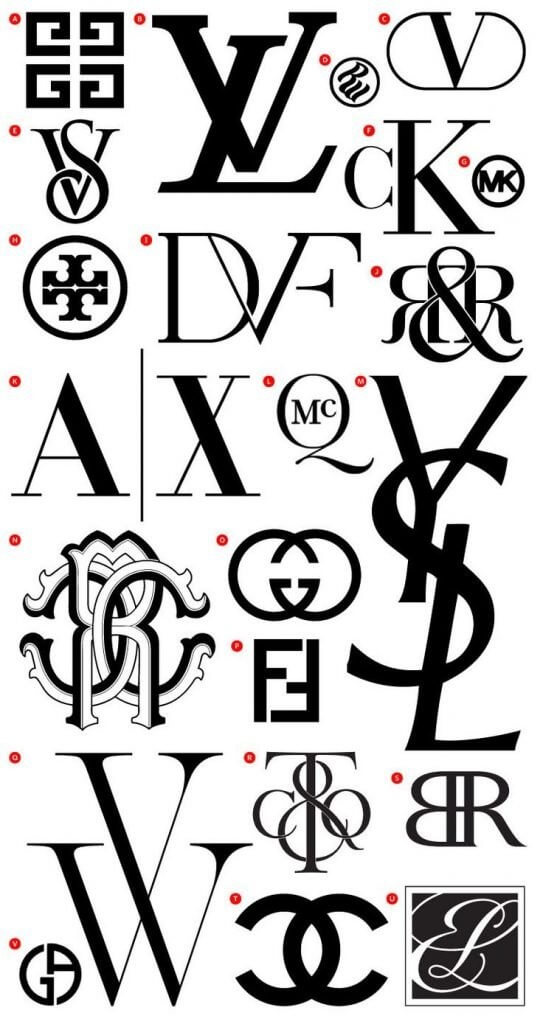 3. Shortening the name to the acronym

It is often a mistake to try to shorten the name of a new company to an acronym size. Yes, this might be an effective strategy, as represented by the IBM’s, KFC’s, or AOL’s logos. However, the names of these companies became acronyms only after many years of market presence and costly exposure.

Using Photoshop or Gimp to create a logo may not be usable when you want to engrave it or significantly enlarge it. A professional logo should look just as good on different devices, but a raster logo (presenting the image with a pixel grid) does not assure that effect. On the other hand, a vector logo (which defines points mathematically) created in software such as Adobe Illustrator or Corel Draw will provide significantly appropriate image reproduction on any scale – without quality loss.

Hope this article was helpful for achieving great logo designs!

How to get a free logo for business?